Owing to its isolation from the mainland, the Island has suffered less from the impact of European settlement and retains more than half of its native ‘old-growth' vegetation - a vast area of some 2,250 square kilometres. Similarly, the Island has been spared the damage done by foxes and rabbits, ensuring the integrity of native bushland.

Today, more than one-third of the Island is declared Conservation or National Park and it has five significant Wilderness Protection Areas. So Kangaroo Island continues to be a special and protected place. Enter and be amazed... 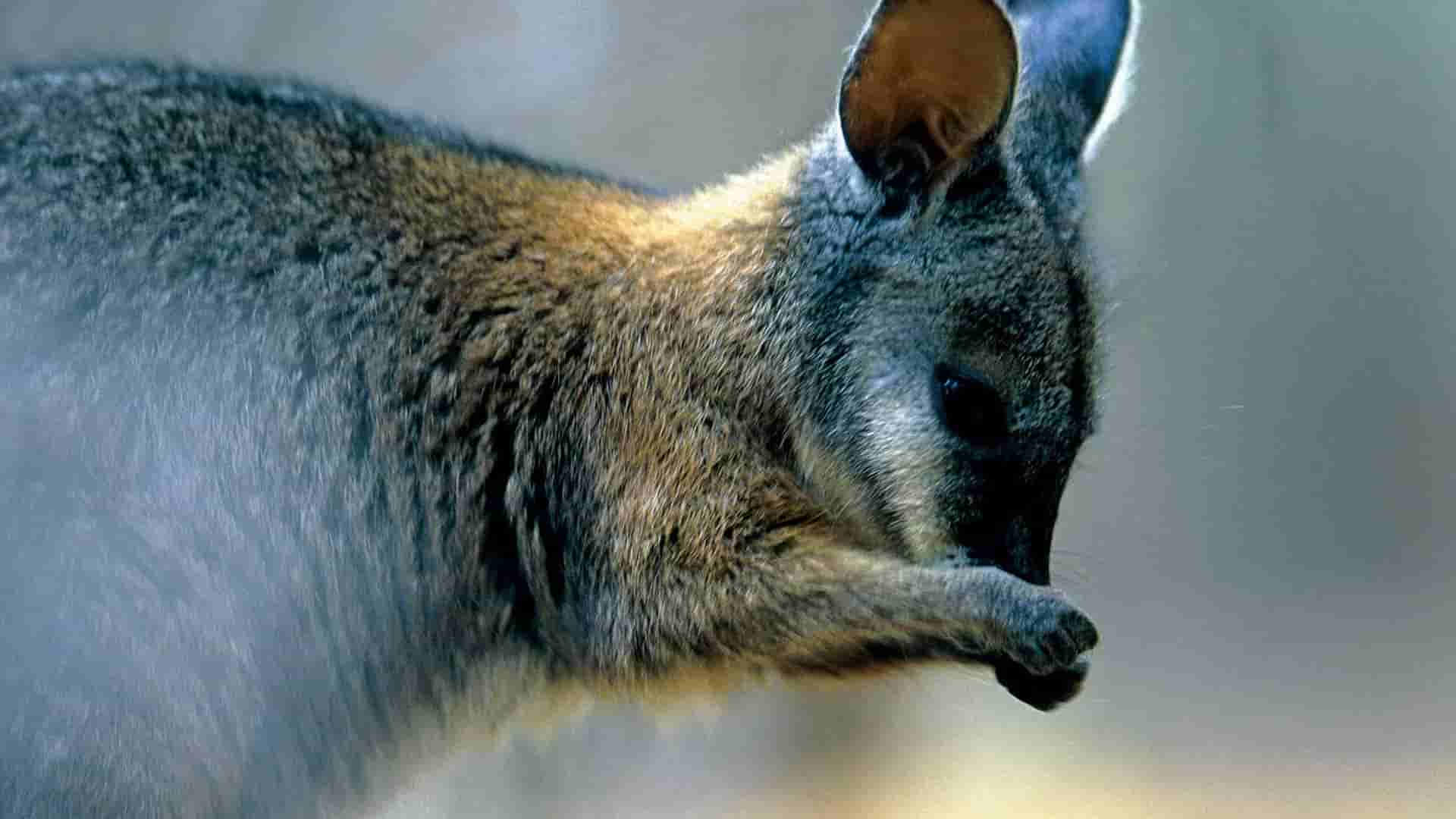 Tammar wallabies are found on more than 10 off shore Australian Islands, but the Kangaroo Island Tammar Wallaby is the largest. The tammar has several notable adaptations, including the ability to retain energy while hopping, colour vision and the ability to drink seawater. A nocturnal species, it spends night time in grassland habitat and day time in shrubland. The males weigh 7.5 - 10kg and the female weigh approximately 5.5kg. Tammar Wallabies feed on grassy areas with low dense vegetation and can be found a short walk away from the Kangaroo Island Seafront. 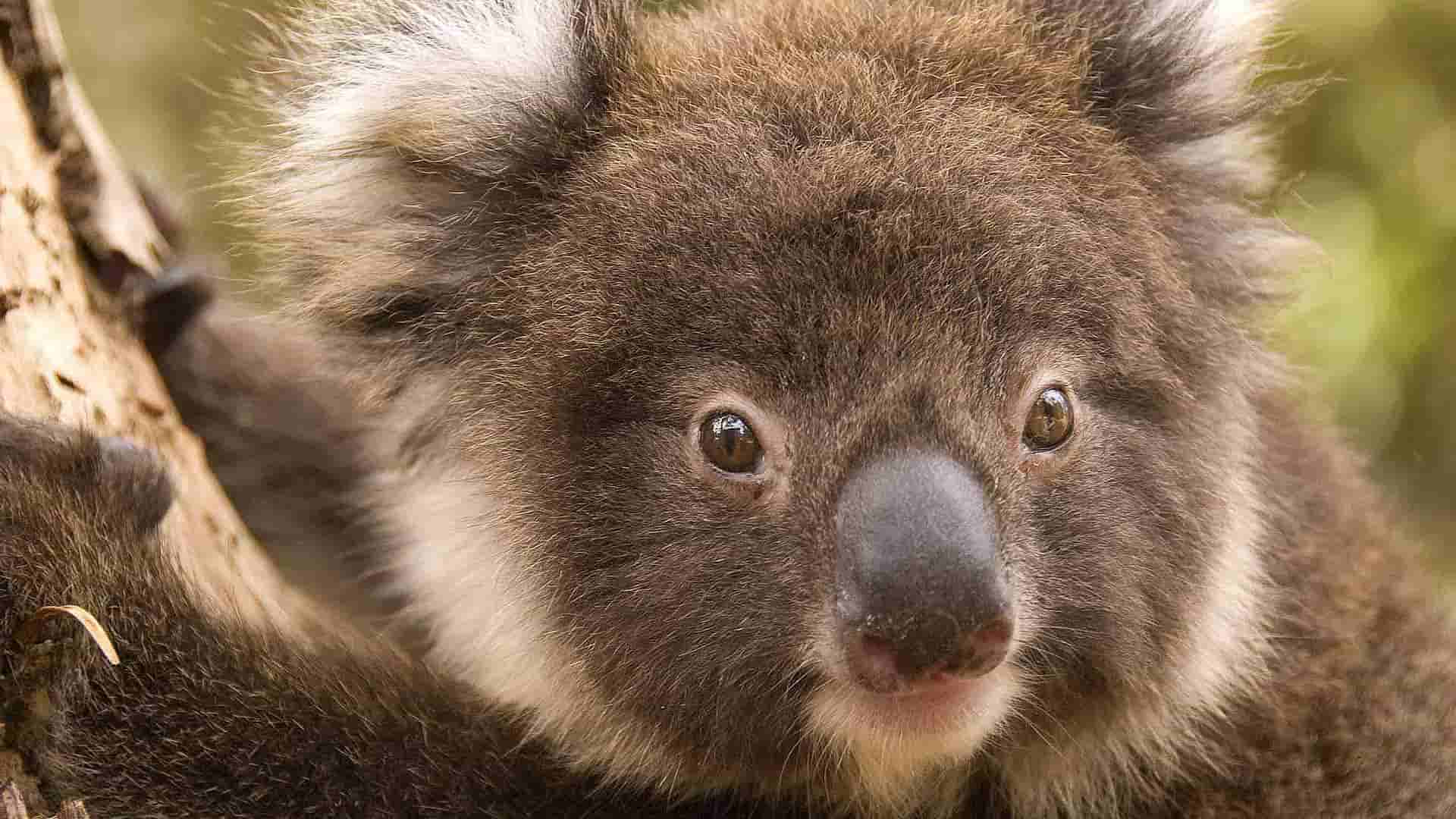 Koalas are mainly active at night and are usually seen resting or feeding in the upper branches of eucalyptus trees during the day. A koala carefully selects a leaf, nips it off, and then grinds it up with its molar teeth before swallowing it. To satisfy their energy requirements, koalas need to eat about 0.5kg of eucalypt leaves a day. A eucalypt leaf offers 50% water, 18% fibre and supplies only 8% fat, 5% carbohydrates and 4% protein. The adult koala eats for around four hours each day and sleeps for just under 20 hours. The remaining one per cent is used for climbing, changing trees or finding a mate. Out of 600 species of Eucalypt, koalas will eat up to 120 varieties but there are 7 varieties they prefer (mild flavour). 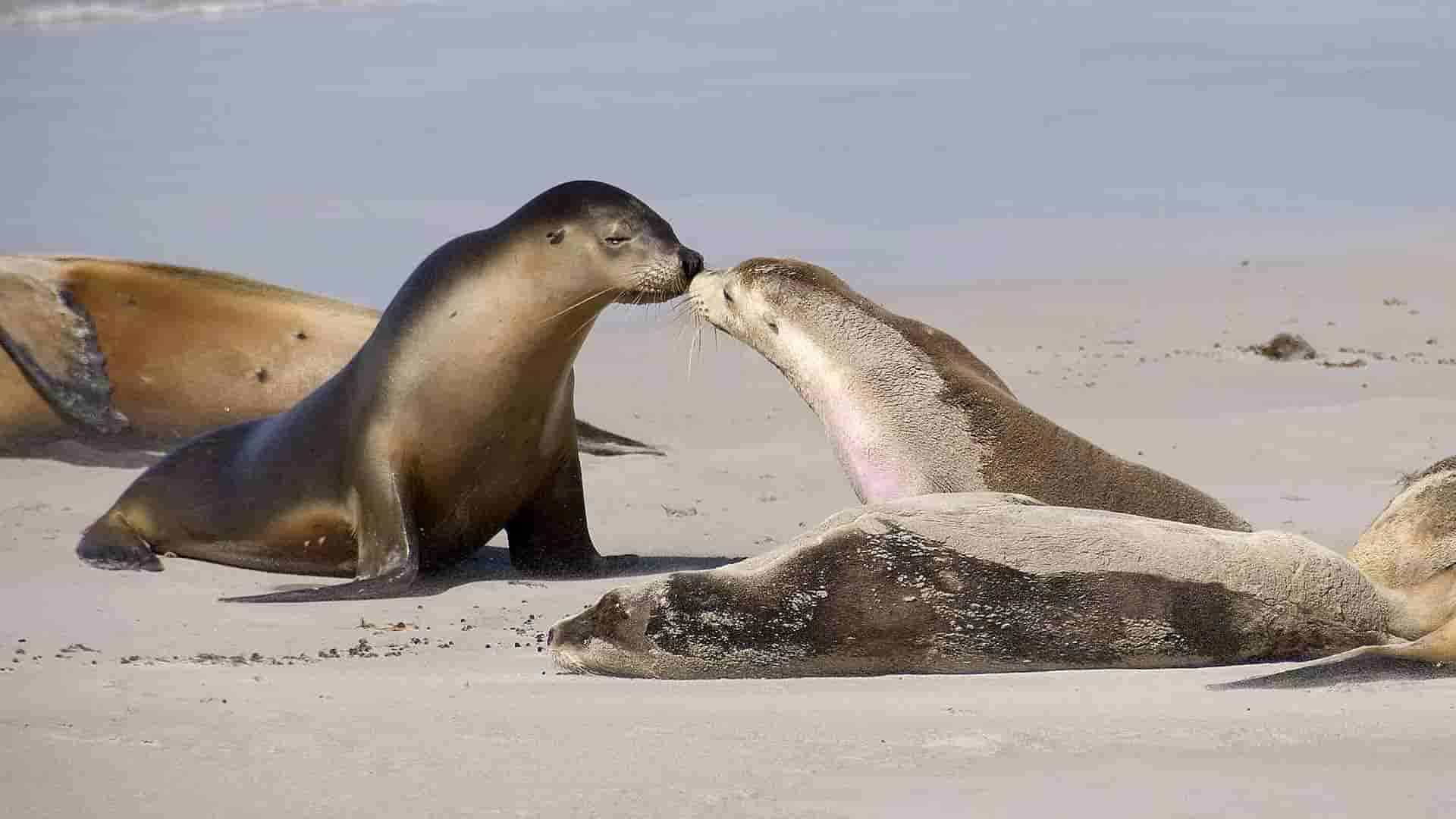 Australian Sealions can be found primarily at Seal Bay, the highlight of any visit to Kangaroo Island. There are approximately 10-12,000 left in the world and Seal Bay has the third largest colony (600). Australian Sealions differ from true seals, as they have an external ear and propel themselves through the water with their front flippers. They are also more agile on land as they are capable of walking on all flippers. They are a mammal, so are warm blooded and give birth to live young on shore and suckle their pups with rich milk. 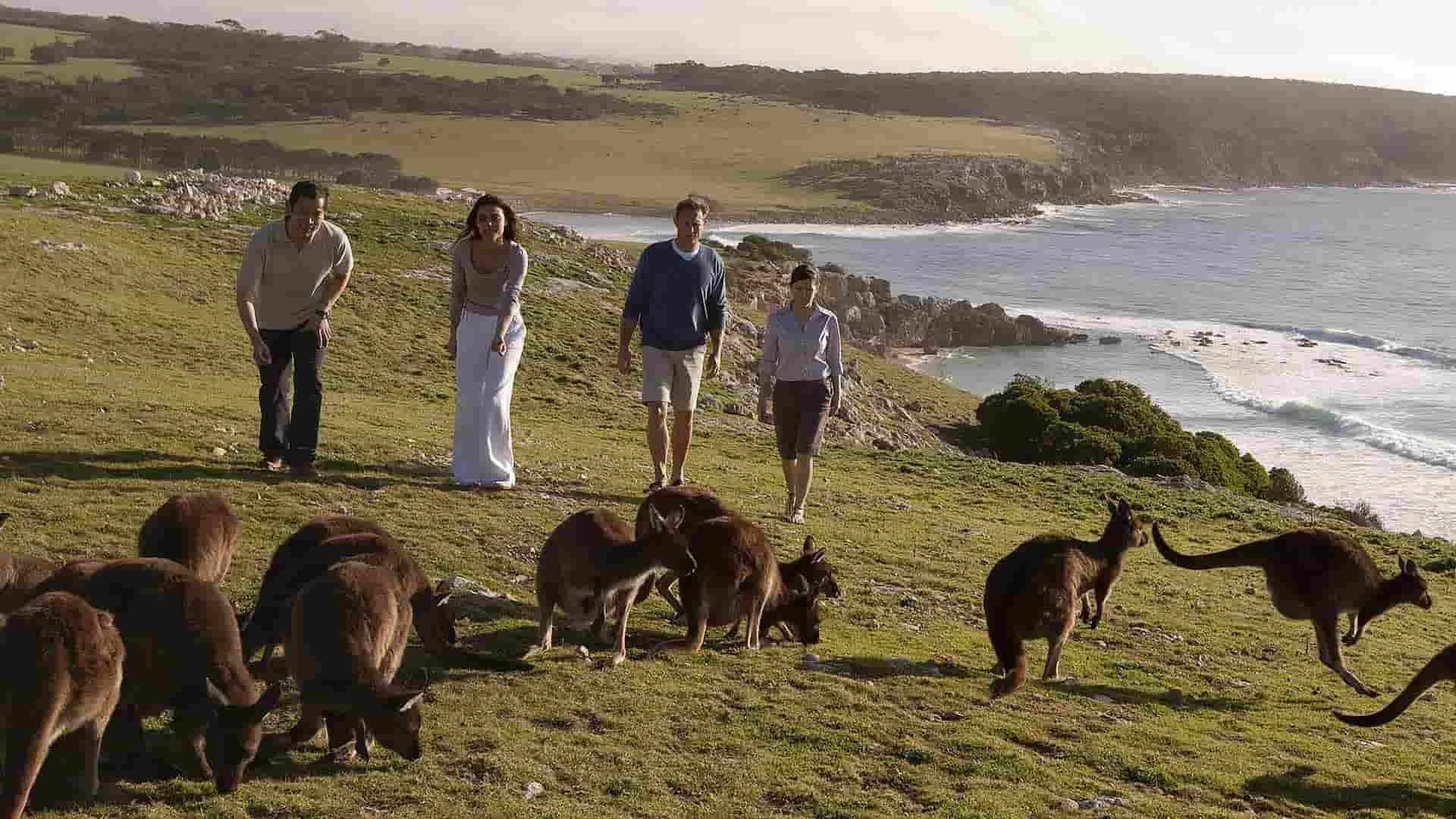 There are three types of larger Kangaroos in Australia - Eastern Grey, Western Grey and Red Kangaroos. The Kangaroos found on Kangaroo Island are a subspecies of the Western Grey Kangaroos. Kangaroo Island kangaroos have darker fur, thicker circumference of their tail, shorter ears and a smaller, more square face than their mainland relatives. Kangaroos can most easily been seen during the cooler months as in the summer they are less active, conserving energy in the shade.

Choose from the 4star Seafront Rooms with spectacular views and private balcony, 4star Sorrento Rooms located upstairs in the original guest building or the sanctuary of our Garden Villas.

Getting Around Kangaroo Island

There is a wide range of tours on the Island. Tours enable you to sit back and allow someone else to do the driving, and your guide can provide great Kangaroo Island knowledge. Coach tours are available or, alternatively, more personalised four-wheel drive tours.

Kangaroo Island is the third largest island off the coast of mainland South Australia. The Island is 155kms long and up to 55kms wide, it covers an area of over 4,500 square kilometres.

If you're looking for four-star accommodation in an idyllic setting, this is surely the place. The Kangaroo Island Package Deals includes your accommodation and ferry transfers.

If your time is short and you only have a day to spare to see Kangaroo Island, we offer a range of great day tours that will get you seeing most of the main highlights of this beautiful Island. Sealink have 3 day tours to pick from.

General Booking Enquires about Accommodation, KI Seafront Holiday Park, Sorrento’s Pizzeria and Penneshaw Hotel can be made by filling out the form below. We will reply to you as soon as possible with an answer to your query. We can also help with your travel arrangements to and from Kangaroo Island.